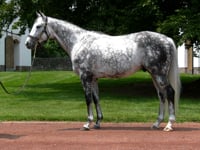 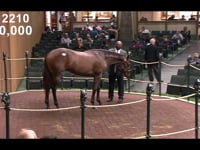 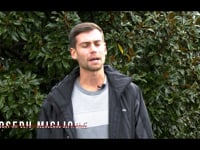 A $1.2 million yearling turned classic winner and millionaire, Tapwrit captured the Belmont Stakes (G1) and set a new stakes record in the Tampa Bay Derby (G2). Among the best-bred Tapit sons ever to enter stud, Tapwrit is out of Spinaway Stakes (G1) winner and multiple graded-stakes producer Appealing Zophie.

Joins emerging sires American Pharoah, Union Rags, and Essential Quality as 2-year-old stakes winners who went on to win the Belmont (G1) at the traditional 1 1/2 miles.

First juveniles sold for up to $450,000. First juveniles averaged over  seven times his 2019 stud fee with the third highest ROI of any first crop sire with more than 35 2-year-olds sold.

More six-figure yearlings than any first-crop sire at Fasig-Tipton July. First yearlings have sold for up to $200,000.

A stakes winner at 2 and classic winner at 3, Tapwrit is by Tapit out of a mare who was a Grade 1-winning 2-year-old and is a multiple graded stakes producer.

Tapit and his sons have enjoyed tremendous success with Storm Cat-line mares, including Monomoy Girl out of a mare by Henny Hughes and Careless Jewel out of mare by that horse’s sire, Hennessy (also sire of Johannesburg and grandsire of Scat Daddy); champion Hansen out of a mare by Sir Cat; and Grade 1 or graded winners out of mares by Bluegrass Cat, Tabasco Cat, Giant’s Causeway, and Harlan’s Holiday (sire of Into Mischief).

From the Sadler’s Wells branch, Tapit has a Grade 1 winner out of a mare by El Prado and a stakes winner out of mare by Medaglia d’Oro. From the Danzig branch, success with Hard Spun and Belong to Me would also suggest daughters of War Front. Tapit also has stakes winners out of mares by Dixieland Band and his son Dixie Union (sire of Union Rags).

From the Forty Niner branch, Tapit has Grade 1 winners out of a mares by Distorted Humor and Editor’s Note. Tapwrit would be particularly interesting with daughters of City Zip, whose sire Carson City is broodmare sire of three Tapit graded stakes winners including Grade 1 winner Pretty City Dancer.

Tapit has champion Untapable out of a mare by Prized and Grade 1 winner Time and Motion out of a mare by that horse’s sire, Kris S., which also suggests trying daughters of Arch and Blame. Tapit stakes winners out of mares by In Excess and Indian Charlie suggest trying mares by Uncle Mo.

It is also worth considering introducing Relaunch, who appears in 12 Tapit-line stakes winners and can be sourced through Bertrando, Officer, Honour and Glory, and Tiznow and sons.

There is no progeny information for Tapwrit at this time.