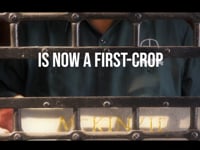 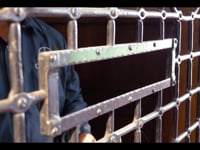 As Street Sense's best son, McKinzie is a G1 winner at two, three, and four from distances of 7 furlongs to 1 1/8 mile. His speed, versatility, and soundness make him an absolute standout. His 11 individual triple-digit Beyer figures are truly impressive. He consistently ran the lowest Ragozin figures of any stallion set to retire in 2021.

“He is a gorgeous physical with brilliant speed and stamina. I’ve only had one other horse in my career that has been able to accomplish what he’s done by winning a G1 at two, three, and four. It takes an extraordinary horse to achieve that.” – Trainer Bob Baffert

“Since 2013, Dr. Emily Plant and I have studied the race records of hundreds successful sires and stallion prospects. A profile emerges of the prospects most likely to make successful sires, and McKinzie fits that profile perfectly. We rate him the highest percentage chance of any horse scheduled to retire to stud in Kentucky in 2021, to become a Top 30 Sire” – Bill Oppenheim

McKinzie is out of Runway Model, who is a dual Grade 2 winner that was third in the Breeder’s Cup Juvenile Fillies (G1) at two, who was second in the Ashland Stakes (G1) and sold to Summer Wind Farm for $2.7 million.

His sire Street Sense is responsible for no fewer than eleven Grade 1 winners, McKinzie being the most decorated of Street Sense’s progeny. McKinzie has amassed nearly 3.5 million in earnings, ran 11 triple digit Beyers, tallied four Grade 1 victories and additionally was runner-up in four more Grade 1 contests.

A graded winner at two, three, four and five, and a G1 winner in three straight seasons, McKinzie is the outstanding son of Champion Two-Year-Old and Kentucky Derby victor, Street Sense, out of a mare who was a multiple graded stakes winning juvenile.

Street Sense has seven stakes winners out of A.P. Indy mares, three graded. He’s also done well with mares by A.P. Indy line stallions, including Bernardini – broodmare sire of his G1 winner Maxfield – and the similarly-bred Tapit (by Pulpit), the broodmare sire of a Street Sense graded stakes winner. This also suggests mares by other sons of A.P. Indy, such as Malibu Moon, Flatter, Mineshaft and Congrats. From the same Seattle Slew line as A.P. Indy, Street Sense sired G1 winner Aubby K out of a mare by Capote (sire of Boston Harbor and Matty G).

There are 11 stakes winners by Street Sense out of mares by Storm Cat and sons, including G1 winner Street Fancy out of a mare by Cat Thief, two graded stakes winners, including G1 winner Callback out of mares by Forest Wildcat (sire of Wildcat Heir and D’Wildcat), graded stakes winner Tiger Moth out of a mare by Sir Cat, and stakes winners out of mares by Stormin Fever, Stormy Atlantic, Forestry (sire of Shackleford and Discreet Cat), Easing Along and Giant’s Causeway (sire of Eskendereya, Creative Cause and First Samurai). This also suggests trying mares by other Storm Cat line stallions such as Freud (a brother to Giant’s Causeway), Tale of the Cat (sire of Lion Heart), Bluegrass Cat, Storm Boot, Tabasco Cat, Pure Prize, Yankee Gentleman, from the Hennessy branch, Henny Hughes, and Johannesburg and his son, Scat Daddy, and from the Harlan branch, Harlan’s Holiday, Into Mischief and Majesticperfection.

The cross of Street Sense with Sadler’s Wells line mares has resulted in seven stakes winners, including graded scorers from daughters of Singspiel and Horse Chestnut, and stakes winners out of mares by Medaglia d’Oro and his sire, El Prado (also sire of Kitten’s Joy and Artie Schiller) and Galileo.

There is no progeny information for McKinzie at this time.